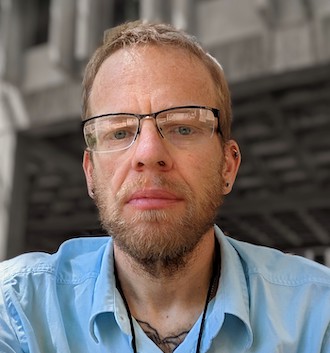 Given that networks are everywhere, scholars have developed a wide range of strategies for studying them. This course lays the groundwork for introductory concepts in social network analysis (SNA). SNA’s focus on relational data forces adaptation to analytic approaches ranging from data collection and storage to descriptive and inferential statistics. This course will focus primarily on the breadth of descriptive statistics employed in SNA, sampling from each statistical “family” of measures, employing a conceptual/mathematical perspective, illustrated with empirical examples, and implementing computation (in R).

This approach leverages two organizing principles: (1) the two primary theoretical frameworks capturing reasons networks “matter”; and (2) how each class of measures can be applied across different units of analysis: individuals, groups and “whole” networks. The topics covered will be: data structure, homophily, social balance, local network composition, centralities, subgroup cohesion, network clustering (“communities”), and equivalence. While by no means exhaustive, this approach will develop your beginning SNA toolkit.

Starting September 29, we are offering this seminar as a 3-day synchronous*, livestream workshop held via the free video-conferencing software Zoom. Each day will consist of two lecture sessions which include hands-on exercises, separated by a 1-hour break. You are encouraged to join the lecture live, but will have the opportunity to view the recorded session later in the day if you are unable to attend at the scheduled time.

*We understand that finding time to participate in livestream courses can be difficult. If you prefer, you may take all or part of the course asynchronously. The video recordings will be made available within 24 hours of each session and will be accessible for four weeks after the seminar, meaning that you will get all of the class content and discussions even if you cannot participate synchronously.

Our approach will conceptually build from the intuitions of individual (variable) centric approaches in the social sciences to layer over that a set of relational theoretical concepts. The ideas available for “thinking in networks” provide a fundamentally different orientation to approaching studying social phenomena, which we will begin to elaborate in this course.

To do so, we will break down a variety of descriptive network statistical “families” of measures into understanding what they capture, elaborating how they’re conceptualized and measured, demonstrating their empirical utility in a sample of examples, and introducing how they’re computed in R.

In Day 1 we’ll establish some base terminology, touch on a few overarching theoretical frameworks, elaborate types and structure of network data including how it’s collected and visualized, and focus on some measures that span different levels of analysis (including degree, density, and distance).

In Day 2 we’ll build on the ideas from above to build understanding of some of the most widely used measures in SNA – personal network composition (including homophily), social balance (reciprocity & triadic closure), and centrality.

In Day 3, we’ll expand these descriptive measures further to address cohesion and clustering, then conclude with the notion of equivalence. While the focus of this course is descriptive network statistics, along the way we’ll touch on how these get assessed inferentially (though that’s the focus of a 2nd course).

All software uses the R environment as implemented in RStudio or directly in the standard console interface. Analysis relies on functions and packages developed for that environment including custom functions developed by the instructor and the packages: network, sna, and igraph. Basic familiarity with R is highly desirable, but even novice R users should be able to follow the presentation and do the exercises.

If you’d like to take this course but are concerned that you don’t know enough R, there are excellent on-line resources for learning the basics. Here are our recommendations.

Some familiarity/comfort with R will be helpful for completing the exercises, but much of the other content will be understandable without that application opportunity.

A basic background understanding of standard introductory statistics and research design will be helpful.

The fee of $995 includes all course materials.