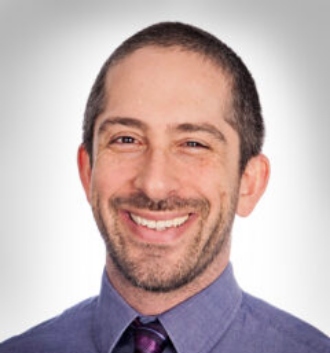 Such approaches are essential to the analysis of longitudinal data with time-varying treatments and confounders. They can yield correct estimates even when traditional methods (such as a time-dependent Cox proportional hazards model) would produce a biased result. The class format will be a mix of didactic lecture, interactive “journal club”, and in-class programming exercises.

Starting October 27, we are offering this seminar as a 3-day synchronous*, livestream workshop held via the free video-conferencing software Zoom. Each day will consist of two lecture sessions which include hands-on exercises, separated by a 1-hour break. You are encouraged to join the lecture live, but will have the opportunity to view the recorded session later in the day if you are unable to attend at the scheduled time.

*We understand that finding time to participate in livestream courses can be difficult. If you prefer, you may take all or part of the course asynchronously. The video recordings will be made available within 24 hours of each session and will be accessible for four weeks after the seminar, meaning that you will get all of the class content and discussions even if you cannot participate synchronously.

Because Z is a confounder, we must control for Z. If we do that using typical regression approaches, we will hold Z constant at each possible level of Z. In a DAG, this is illustrated by placing a box around Z, and that has the effect of removing all arrows out of Z (if Z is held constant, it cannot affect other variables). Here’s the new DAG:

Now the question is, how can we remove the Z → Treatment1 arrow? While there are multiple ways to approach this problem, marginal structural models based on inverse probability weights (which are closely related to propensity scores) are perhaps the most natural and intuitive, as well as the most widely known.

This seminar will start by reviewing the fundamental ideas of causal inference in observational studies, including potential outcomes, counterfactual thinking, causal identification conditions, DAGs, and alternative approaches to causal thinking. We will then introduce time-fixed marginal structural models, including introductions to inverse probability weights and the g-formula. We will review and discuss relevant literature and work through examples of these ideas in code.

After this we will introduce time-varying MSM with inverse probability weights, including discrete time hazard models and data structures essential to understanding those models. We’ll also work through both literature and code examples of these time-varying MSMs. Finally, we will discuss several advanced topics, including some basics of the time-varying parametric g-formula.

Overall, this seminar will prepare you to both recognize situations in which MSM should be applied and provide you with worked examples of code to enable you to apply these methods in your own work. See the computing section below for more details.

Before coming to the seminar, you should read:

The exercises for this seminar will primarily (but not exclusively) use SAS. However, equivalent R code with commentary will also be available.  To participate in the exercises, you should have access to a computer with SAS 9.4 or a recent version of R installed.

You should have solid familiarity with the use of SAS or R, including opening and executing data files and programs, and a basic understanding of running regression models.

There is now a free version of SAS, called SAS OnDemand for Academics, that is available to anyone.

If you’d like to take this course but are concerned that you don’t know enough R, there are excellent on-line resources for learning the basics. Here are our recommendations.

You should be familiar with regression modeling (including both coursework and application). Some familiarity with ideas in causal inference such as causal diagrams and potential outcomes would be helpful but is not required. If you wish to gain that familiarity, you could read Chapter 3 of the instructor’s textbook Epidemiology By Design or Part I of Causal Inference: What If? by Hernán and Robins (available free on the web). The class is appropriate for epidemiologists, biostatisticians, data scientists, and social scientists generally. However, it will primarily be taught through the lens and vocabulary of epidemiology.

3. Implementation of time-fixed MSM with the g-formula

The fee of $995 includes all course materials.

"... the course provides a good foundation to apply IPTW for estimating MSMs."

“The course on marginal structural models consists of lectures that start from the basics and build towards high-level topics in a very clear way. Combined with the excellent reading material and lab sessions (with code in R and SAS), the course provides a good foundation to apply IPTW for estimating MSMs. Great course, I really enjoyed it!”

"I’m happy with the set of key papers that I take from the course..."

“The order in which topics were addressed (lecture –> reading –> lab) was helpful for understanding the material. Professor Westreich created a good atmosphere (in particular given the online setting!) and was very clear in explaining the material. I’m happy with the set of key papers that I take from the course, which I can revisit during my research.”

“The caliber of instruction for this seminar is very high..."

“The caliber of instruction for this seminar is very high. Daniel knows his stuff, he’s a leader in this field, and is a generally well-respected epidemiologist. Having an excellent instructor was part of the reason why I took this course.”